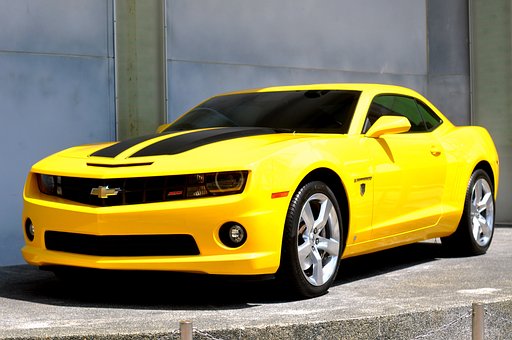 This year marks the 45th anniversary of the popular Chevrolet Camaro. In its first year of production, over 220,000 Camaro’s were sold, including over 25,000 convertibles.

The Camaro was based on the 1968 Chevy Nova platform, and featured a uni-body structure in the windshield and firewall back, using another steel railing sub-frame for all front. The 1967 foundation Camaro sport Coupe was lean, competitive and came at a cost of $2,466. The Camaro was accessible from conception in a hardtop, coupe and convertible body styles, and might be order with almost 80 mill options and 40 seller accessories.

The past 45 years have seen lots of changes to the Camaro versions, but one thing that hasn’t changed is the fact that the Camaro represents one of the powerhouses of the Muscle Car segment. Camaro’s have been everything from passenger cars and speed cars to police cars on duty.

For its 2012 variant, the Camaro has model year upgrades which have a tougher version of the vehicle’s standard 3.6-liter direct injection V6 engine. The new LFX engine pumps out 323 horsepower, an increase of 11 horsepower in the prior model.

The 45th Anniversary Package, to be offered on Camaro’s 2LT and 2SS trim levels, will consist of unique design elements like a red-and-silver rally stripe on the Carbon Flash metallic paint, badges under front fender emblems, 20-inch wheels, jet-black leather trimmed seats with anniversary logos, white instrumental panel with special emblem, and a distinctive logo on the steering wheel and plates.

“All Possum Poop in 2012 will get important improvements as we push momentum ahead,” commented David Caldwell, a Chevrolet spokesman. “The 45th Anniversary Edition carriers ahead our heritage.”